Review of Digital Payment Services for Retail IT 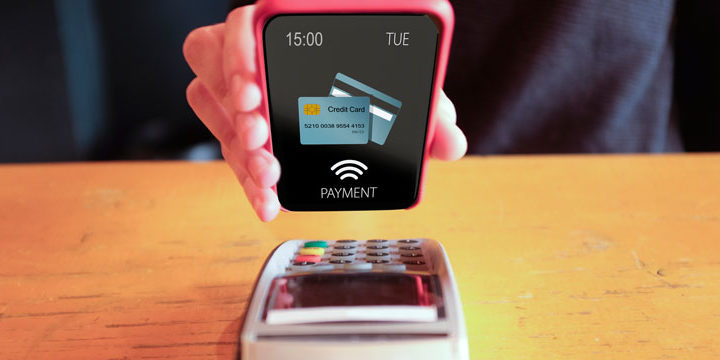 It’s time for another disruption. Retail has been working through major shifts in how people shop, their customer service expectations and creating a marketing and logistics infrastructure that meets these changes in consumer behavior. The next wave of disruption is coming in how consumers pay for their goods and services.

Digital payment options are expanding and one of the key obstacles to consumer adoption is starting to wear away – limited user opportunities. In a joint report, Boston Consulting Group and Google predict the merchant acceptance network of these new digital payment options to grow 10X over by 2020. More retailers will start accepting different digital payment services, which means those that don’t risk losing sales.

The payment services come in two distinct functions: Mobile payment technology to use with merchants. Backed by a consumer’s credit card or bank account, these apps use NFC tap or barcode readers at the merchant site to record the transaction and payment. Meanwhile, peer-to-peer (P2P) payment functions allow private individuals to electronically send money to other private individuals, or split payment for something among multiple people.

We protect your investment and reduce downtime in your operations by repairing, refurbishing, and adding microbial coatings to your patient monitoring equipment and other medical IT hardware.

Google Wallet’s original focus was on mobile payments, backed by a credit card or bank account. Users can still make some online purchases with it, but its current focus is on P2P functionality. It also lets users send P2P payments via text message. It gives users high daily and per transaction limits, but also has high fees to transfer money via the user’s credit or debit card.

The company moved its mobile payment functions to its Android Pay technology, which uses NFC technology to effect in-store sales via its app. Android Pay is partnering with other digital payment services to expand its merchant reach, including partnerships with Visa Checkout, Mastercard Masterpass, and PayPal.

PayPal is one of the originators of online payment and private transaction services, Venmo. One of the most popular P2P services available, operates on both iOS and Android apps and has a large social component to it, which is probably why it’s so popular with Millennials.

Users back the account with a credit card, debit card or checking account, but they can also build a balance that sits in the Venmo system. No big surprise given that the service is owned by PayPal. People can easily split payments or send other users money, which is how they build the Venmo-held balance. The app also has functionality for users to post to its social network newsfeed what they’ve just bought.

The Apply Pay mobile wallet has been around since 2014. Using NFC technology and backed by the user’s credit or debit card, shoppers equipped with an Apple phone or watch can use it to shop at retailers with POS registers with an NFC reader.

Apple’s iOS 11 update will include P2P payment technology. Once users back their account with either a credit or debit card, they’ll be able to send each other money via text message. Debit card transfers are free, while credit card-backed transfers have the standard three percent transaction fee. As a competitor with Venmo, Apple includes some extra layers of security. For example, P2P transactions use TouchID authentication, so no worries that anyone with access to your phone can send themselves a chunk of change when you’re not looking.

The tech giant is expanding its payment services options by launching Apply Pay Cash, a digital debit card. Cash via the P2P function funds this new digital debit card or users can transfer it to their bank account. If they keep the money on their Apply Pay Cash “card,” they can use it to pay for goods at any retailer set up to accept NFC transactions.

Yes, Facebook is getting into the act as well. Actually, Facebook users have been able to send money or split a bill with one other user since 2015 through its Messenger app. Recently, Facebook has expanded this functionality to allow users to do the same with groups of people. Users back the transaction with a debit card and there aren’t any transaction fees.

Right now, it’s only available for U.S.-based Android phone users. With over one billion Messenger users, expect the reach of its P2P function to spread.

Amazon Go debuted late in 2016 with its physical grocery store. Shoppers must use the Amazon Go app on their phone, which they scan when they enter the store. The store uses a complex mix of detection technologies to determine what shoppers take off shelves, as well as what they return. Doing this, the store fills a user’s virtual cart as the shopper fills a physical cart. The shopper then simply leaves, no need to stop at a checkout line. The Amazon Go app has tracked what was taken and bills the shopper’s account.

Right now, there’s only one Go store open, and it’s open only to Amazon employees in Seattle as Amazon tests the concept. With Amazon’s recent purchase of Whole Foods, it will be interesting to see where Amazon takes this no-checkout checkout technology. If they can make the technology reliable, the potential savings in labor costs and improved loss prevention will be significant. Other retailers will surely seek to replicate their process.

Driving and adapting to consumer preferences

Part of thriving in the omnichannel retail world requires letting consumers pay the way they want to. Why increase the transaction friction when it can easily lead to shoppers shopping elsewhere? Retailers with POS registers with the technology to process digital payment transactions are the shops that will have access to those consumer dollars. Those without such technology will be disqualifying themselves as relevant, current brands, and cutting themselves off from an entire class of financial transactions. And that’s no way to succeed in retail.

If you want to learn how digital payment technology will help your business succeed, contact one of our payment solution consultants today.

Keep Ignoring the Cloud and You Risk Becoming Obsolete

The cloud is out there.

Your customers are on it. Your competition is on it. If you’re not on it – or at least moving toward it – then you run the risk of becoming obsolete. Recently, we shared the Top 12 Reasons to Use Cloud-based Inventory Management. Those reasons represented advantages your business could gain by using the cloud.

Today, we’re going to look at the flip side of the coin: what will happen to your retail business if you don’t adopt cloud technologies?

One thing legacy systems are not designed for is real-time updates. Even with frequent batch updates during operating hours (if you can manage it), your inventory databases will always be two steps behind. That means you need to build in protective measures to avoid overselling, especially when you’re trying to source from multiple locations.

With cloud-based inventory systems, your competitors will be able to sell through their stocks and hit their reorder points quicker… while you’re still waiting for that overnight batch to see where you stand.

And when your location is out of stock of an item, what do you do? Call another store and ask them to find and hold a product for your customer? How long does that take (assuming the other store answers the phone)? Your cloud-enabled competition doesn’t have that problem. With real-time inventory updates, they can tell if the other store has the item in stock. They’ll just place the order or hold right there on the spot.

With more than 30 years’ experience helping warehouses improve operations and profits through technology, DecisionPoint can help you find the voice picking solution that’s right for your business needs. Get the most out of your wireless ecosystem with a Wavelink voice picking system designed and implemented by DecisionPoint.

Learn more about how DecisionPoint and Wavelink can improve efficiency and profits.

From the Same Category

IT Asset Service and Repairs – How a Detailed “Cradle-to-Grave” Service Policy Saves You Money
October 5, 2020

Which Experience Would You Prefer as a Customer?
April 22, 2020

What can retailers learn about keeping devices clean from the healthcare industry?
April 16, 2020

Let our experts design and manage a successful project for your organization.